The Importance of Self-Care

The first day I worked this week was Wednesday. It was the first day I worked in 6 and a half days. Well, the first day I worked at school anyway. After school there was a note in Travis’s binder “half day tomorrow” which I had totally forgotten about. So I took a half day for Thursday and figured I could get lots of extra doll work done. That was several extra hours after all. But then I got the mail and had to look at my new Jewel micro resin a bit. I bought her a few days ago and I sort of wish I hadn’t. I love her, even more in person, but if I hadn’t spent the money on her that would be at least some I could put towards the Giving Tree gift. But I did buy her, she is awesome and I will find money somewhere else. 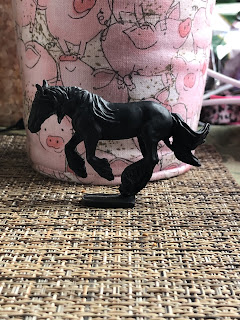 So I sort of planned to get started on the hunt seat doll I needed to finish as soon as I got home from school. Or as soon as Travis got home, since he gets home a tiny bit later when we both have a half day. But then the plans changed. I remembered that I still had a couple of bags of fresh cranberries which I got with the intent of making sugar-free dried cranberries for Travis. And I decided it was time to do that. Since I had time. 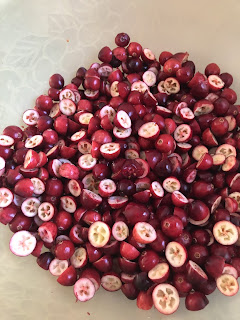 After I cut an entire 12 ounce bag of cranberries in half I decided the other bag could wait. But apparently they don’t dry properly if they are whole. Which is why I cut them all in half. Then I added the avocado oil and powdered sweetener and put them on the baking sheet. The recipe said 3 hours or more. It took 5 hours roughly. 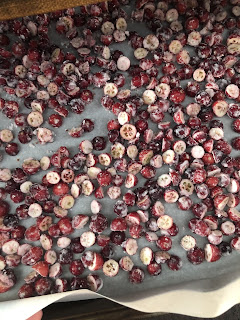 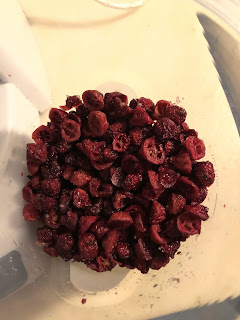 After I got the cranberries going I decided I wanted to read for a bit. Then I was a bit tired and decided an untimed nap sounded like a great idea. It was. Other than the fact that untimed naps often make me feel slightly sick. But I was fine after a bit. And it was nice to read and nap and hang out with my cozy blanket. Seriously, it is awesome.
I did finally manage to get into my doll work right around the time I would have if I had worked a full day of school. I also decided that that was perfectly alright. No stress. I managed to finish the hunt seat doll, which is another one of the dolls from the Black Friday sale orders, and Travis and I watched some movies together. I am really excited that Travis has wanted to watch movies with me the last couple of days. Usually he says no, but I have been asking him if he wants to watch Christmas movies with me. So Thursday we watched The Christmas Chronicles. I really like that one. Kurt Russell makes an excellent Santa. After that we watched Toy Story 2 because that was what Travis wanted to watch. And he watched both of them with me. It was amazing. 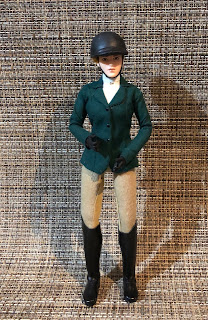 In other amazing news, I had two wonderful people send me some money the other day to help with the Giving Tree gift. I also realized I have a show entry fee coming back because the show was full. And I have a tablet cover to return to Target. I already spend that money, so I can put all of that to the Giving Tree gift, once I get it back. I really do love when things work out well.
I need to have some decent weather and motivation all at the same time. I need to finish prepping my NaMoPaiMo horse and I need to prep a bunch of minis and micros so I can just start painting more again. Goals, I have them. Currently it is a plan I lack.
Posted by Field of Dolls Studio at 2:30 AM

Is that huntseat gal available?!? Love her!

Oh, sorry, I missed that she was from the Sale. Perhaps she will have an available sister :)

I completely agree that naps are awesome.