Yesterday was the first day of Breyerfest. There was a lot going on. Including my need to work. But luckily I just needed to work on dolls and I could do that while watching/listening to some of the Breyerfest content. I attended virtual Breyerfest last year so I was a bit familiar with how things worked. I saw the countdown timer showing when Breyerfest would start. Maybe a minute or so after the countdown ended the "Enter the Front Gate" button appeared.

I did not need to be concerned about missing the live feed. As soon as you were "in" Breyerfest the first link was to the live feed. I got started on that and then opened a second page to go and see which special runs I was drawn for. I got my top 2 choices! 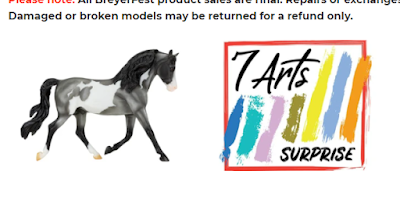 So I put my special runs in the cart, it was a little slow because thousands of other people were all doing the same thing at the same time, but in just a few minutes I had all the things I wanted. It was quick and painless. And then the shopping was finished. 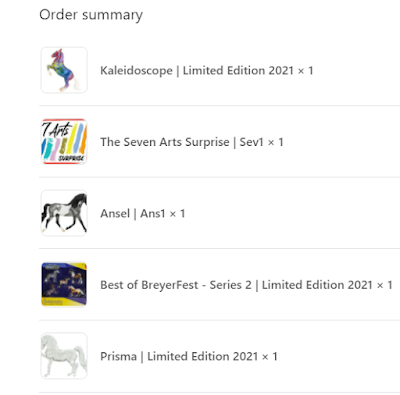 Until it wasn't! I completely forgot about swag. I was a bit concerned about missing out on the crystal horse, since he is actually limited and will not be backordered, so I forgot about everything else. I loved the shopping tote and the stemless wine glad but I also decided I wanted a Dani T-shirt, a pin, some stickers, and I am taking a chance on the Gambler's choice stablemate as well. I likely don't need any of this, but last year I didn't get the swag items I was considering, they sold out, and I was sad. 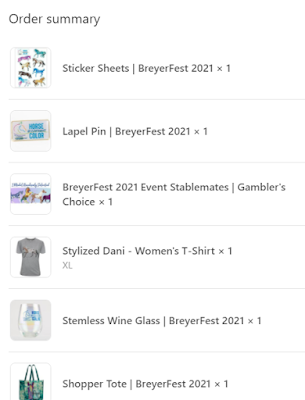 Between last night when I did my post about my pre-Breyerfest shopping, and this morning, I also went to Jennifer Scott's website (Aspen Leaf Studio) and bought a micro Uilleum.I have not gone completely wild with shopping, but I do believe after this weekend, I should not buy anything else until 2022. I am going to be adding a few really awesome painted (tiny) pieces to my collection. As well as some cool stuff from Breyer. There will most likely also be micros from Brigitte Eberl. I am waiting on an invoice, if tat happens, I got them, lol.
After some shopping the very first thing I did was go and watch Kristian Beverly's model horse tack seminar. I have been slowly checking out other things, but her seminar was the one I was most looking forward to. 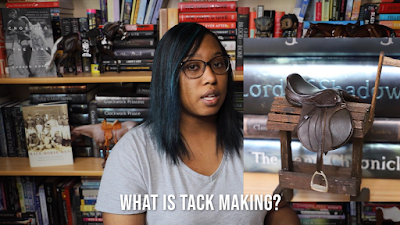 I didn't watch my seminar, I saw it plenty while I was editing it, but I did take note that it showed up exactly the way I meant it to. Meaning, it is EXACTLY 50 minutes! I did a lot of tricks to make that happen, completely just to amuse myself. When I sent it in, the length had changed and I was sad. But apparently it is still as perfect as I sent it.

There was a handful of other items I purchased and I think I will just wait and do a loot photo once everything arrives. I have to say, this year was so much more fun than last year. Last year I missed ALL the live stuff, I just could never find it. This year has so far been great. The shopping was quick and easy and then I watched either the live feed or whatever other Breyer content struck me as fun, and I worked on a doll. I did get a bit distracted with Breyerfest, but I had such an excellent day!
Oh, I almost forgot! Sometime in the late afternoon yesterday I got an email from Breyer. The free premier club stablemate for this year is going to be a Shrinkie Fireheart! I don't think I have ever been this excited for a Breyer model! 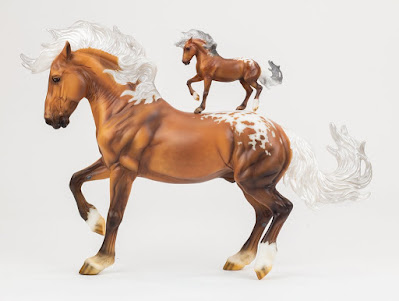