Day 3 of Breyerfest started out with me being very tired. It rained most of Saturday night and there was plenty of thunder and lightning. It was all loud enough to keep waking me up. Then my brain started messing with me. What if this crazy weather keeps up? What if all this water is causing damage? Why had I not gotten the collectibles insurance yet? Why do I not have even proper records of my collection and their values? Why do we seem to be living through biblical disasters (plague, locusts cicadas, flood... I may be off on those, I have not read the bible in a long long time). It was also insanely stuffy and humid in my unairconditioned house with the windows closed. Bad sleep.
But I got up in the morning and was only slightly sore and stiff from Saturday's basketball. And most of the vague soreness was in my upper body. Running is more lower body, though is absolutely a full body experience if you do it right. Anyway, I was really pleased to see the thunderstorms were out of the forecast for several hours. Maybe we would not have to run in the rain!
Travis and I went to the track at the high school for just after 10:00. There were so many deep puddles on the way out to it I didn't think we would make it with dry socks. But we managed. I did anyway. Travis took this photo for me before we got started. Clearly I got a bit too much sun on Saturday. 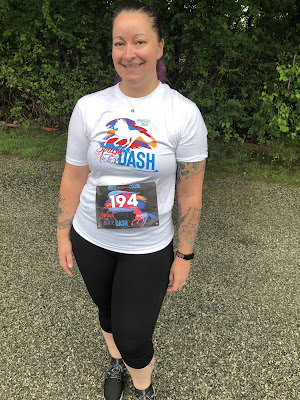 I needed a picture with my running buddy before we got started! 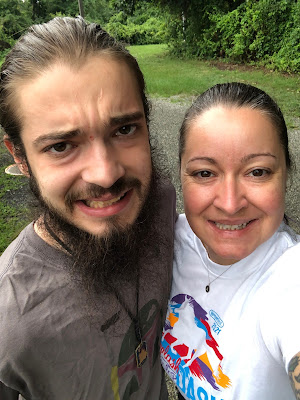 I meant to train for the 5K. I do actually love to run. Which is funny because I sort of hate exercising. I can get into a new workout video but I get bored easily. I have always been into running though. I sprained my ankle when I was 14, the healing was long and slow, and running was mostly not a thing for a while. When the kids were small we played a lot of running games (which were basically chasing, catching, and tickling), and when LHS formed the unified track team I did a lot of running. We have not had a unified track team since 2019. I am pretty out of shape for running.
Still, I do love it and I know myself. I taped my ankle before we left the house, wore compression capris (keeps everything in place so no jiggling, makes running easier for me). I also have to say, even though I am not in proper shape to run particularly fast (or much at a time) this is a photo of me getting ready to lap my running buddy... who is half my age! 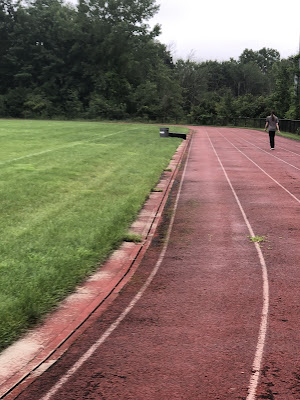 In the end I finished the race in 43 minutes and 24 seconds. My first mile was 15 minutes and something (I accidently deleted the notification) so I worked a little harder at the second and third miles. Those were 13 and change. I was not at all displeased with my results. Imagine if I trained!

We got a post race photo and headed back to the car. By the way, it didn't rain on us but it did drizzle the whole time. The humidity level was at about 85% or more I think (it was 95% before we left for the track, but I didn't check when we got there). I was tired, sweaty, and a bit sore. But I was extremely pleased with myself and I want to do it again! Yesterday afternoon I actually signed up for another virtual race. The Race Through Arizona virtual race that benefits feeding America seemed like fun. The virtual race group is actually eventually going to have a race for every state. I chose to do that one as a 1 mile (you can choose from several distances). Seemed like a better idea. More like a training race. Maybe Travis and I can do that one next Sunday. And I can then pick another race. 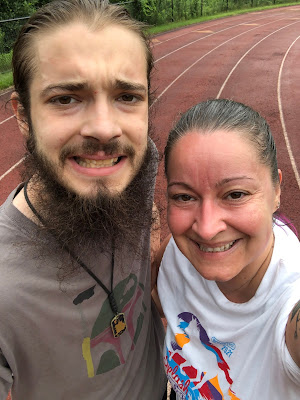 I got home and showered, thought about a nap, had some lunch, and I turned on the auction. I only watched for a little bit, I had errands to do, but I did see this lovely Lady Phase sell for $9000. And I learned that there was no auction John. Which made me sad. I definitely missed a lot of the auction. 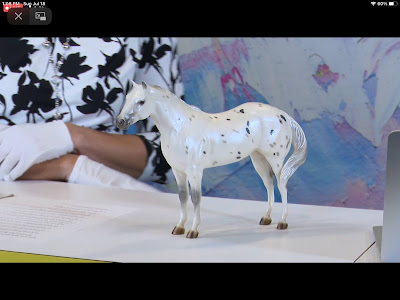 On the way home from the errands I turned on the live feed to listen to it. I was surprised that they were doing the contest winners so early. I actually pulled into a gas station parking lot so I could look at the feed. I was unsurprised with the 3 winners of the performance division for best customs. They definitely deserved it. I watched the costume contest winners and then started driving again. My reception cut out so I don't know if they got through those and announced the theme for next year or if they did some other things. But social media has told me everything I need to know!
Because I try to do at least a bit of Breyerfesting on Breyerfest weekends (for virtual years anyway, lol) I got into some workshops and seminars. I watched Rayvin Maddock's dynamic manes and tails workshop (loved it!) 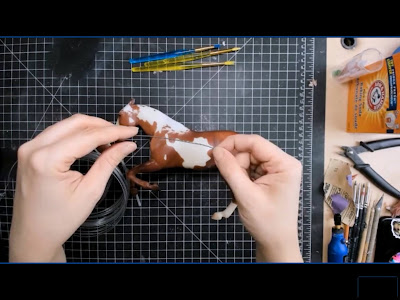 And then I started Maggie Bennett's Z-brush seminar. I still need to finish it, but even though I am not really into sculpting it is really cool to watch! Since Breyer is generously leaving up the recorded content until the end of the month I am sure I will watch at least a few more things. I can extent Breyerfest a bit longer. 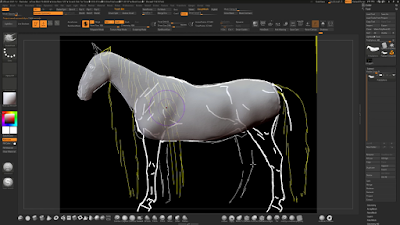 Last year was the first time I got to "attend" Breyerfest and it was interesting, sort of fun, but I didn't get a lot of the "experience" that people always talk about. This year Breyer made everything so streamlined with shopping and super simple for finding the live feed that I got so much more out of the weekend. I got to spend some time outside, some time with some friends (even a hobby friend!) was in regular contact with another friend about what horses we were drawn for and so on. It was definitely a really cool Breyerfest weekend. I am looking forward to seeing what sort of virtual content Breyer decided to keep going forward. I really have appreciated finally being able to participate, at least in some ways. Maybe some day I will make it to in person Breyerfest, but having the option to participate some is really wonderful.
Posted by Field of Dolls Studio at 11:30 PM