On Sunday I did a photo show for the Mares in Black Spooktacular photo show. The performance class list was a small traditional class list, with spooky bits added to the class names (Spooky Showmanship, Deranged Dressage, etc.) I already entered a whole bunch of standard performance photos but I wanted to take a set that had Halloween elements, and I specifically took them for this show. Originally I was going to use my Bold Endeavor, Partly Cloudy, but I decided he was just way too calm. So instead I decided to go with my Indian Silver resin, Time Lord. He looks like he is one second away about freaking out so he seemed a good choice.
I bought a variety of miniature Halloween props and I set them up in the indoor arena in a variety of different ways. I thought I would share some detailed shots today (for an almost wordless Wednesday). Enjoy! 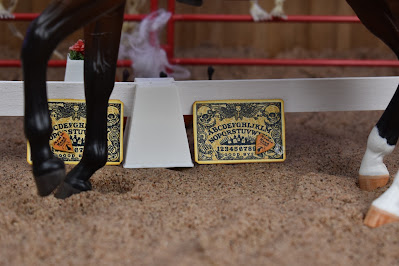 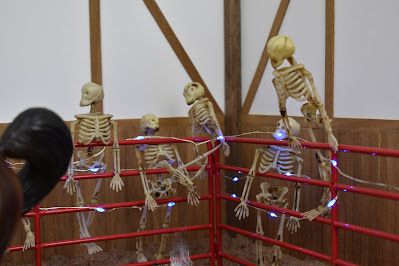 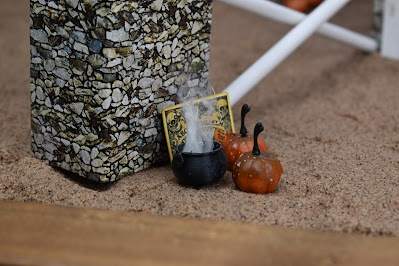 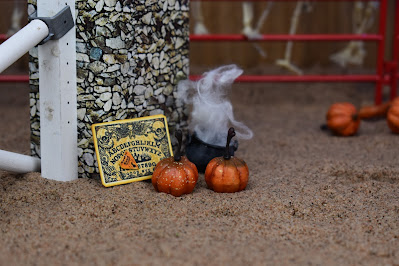 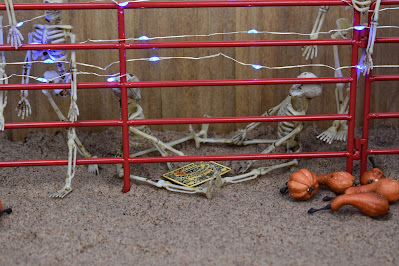 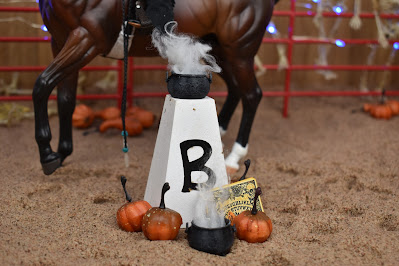 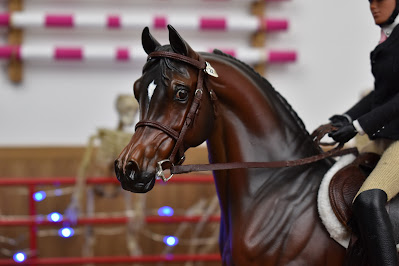 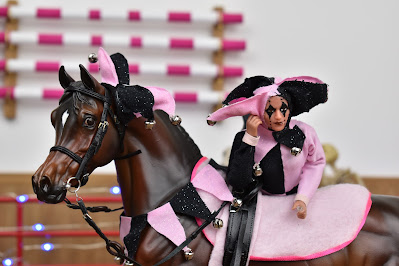 I think you mean 'did a model horse photo shoot,' rather than a show... I love the smoking kettle and the skeleton lights! Very good choice with Indian Silver (I have one of those) -- he does look like he's about to scoot.

Lol. I did mean shoot, though it was a mini show in my living room!

His face is priceless <3 XD