Over the last 15 years I have made quite a few unusual dolls. There have been many that have taken days of work and a lot of thinking about to figure out how to put them together. I have had really complex dolls and then there are some that just need some extra thinking about. When it came to Erin Corbett's Argentinian Polo player, I knew I could make him, but he was going to take some thinking about.
Erin sent me a variety of reference pics which helped me figure out what was potentially going to work and what was not going to work. The problem was the uniform shirt I liked the best also was 2-toned, which is not always an easy thing to do. Well, it is usually not at all easy to do. But in some ways I had it easy. I took the reference and went materials shopping at Joann's. I didn't know exactly what would work for everyone, so I bought several options. And since I did the material shopping (or at least the color shopping) I got a head start. 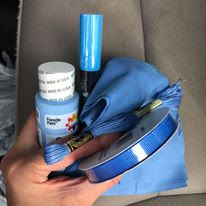 For my part it turned out that the fabric marker was actually a lot harder to use than craft paint and a paint brush. So I went with what gave me the most precise lines. 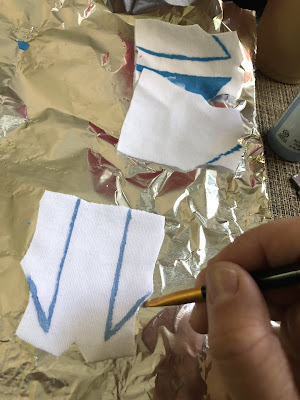 To get the shirt to really look like the reference I needed to add several things over the painted parts. The trick with iron on things is to make sure that they are mirrored before you print them and also that they are really ironed on before you remove the backing. That second part is nerve wracking and tricky at times. 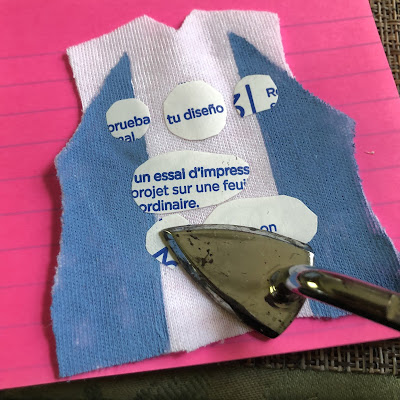 I do wish that I printed the words a bit larger, but this matched the reference fairly well. For such a "simple" shirt this actually took a lot of time and planning out. 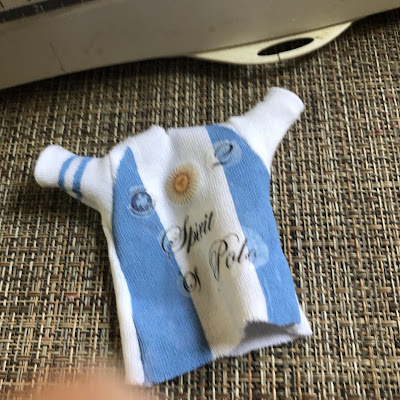 Even though the shirt took some extra time and planning, it was the helmet that took the longest to make. Polo helmets are very unusual. Sort of like a safety bonnet really. I imagine the exceptionally wide brim is for extra sun protection. Erin also asked me to make the polo mallet and ball. The ball was not hard, though I totally burnt the first one (it's a baked ball of sculpy). The mallet was another one of those things that took a bit of thinking about to figure out how to do it. 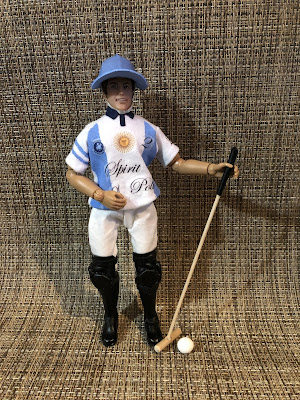 Even though it is unlikely to ever show because of the length of his shirt, I did add a belt to this guy. A lot of performance showers, and people who are into miniatures in general, really like the extra details, even if they don't necessarily show.
Fun fact that I am pretty sure almost no one knows, I designed the knee pads for the Breyer polo rider that was out several years ago. I am pretty sure I never bothered to tell people because they are super ugly. My experience with mass produced items is that they need to be fairly simple to make and mass produced leather items are not usually top quality. So I made them easy to copy out of easy to source material. And I basically hate them. But I do like the knee pads on Erin's doll. 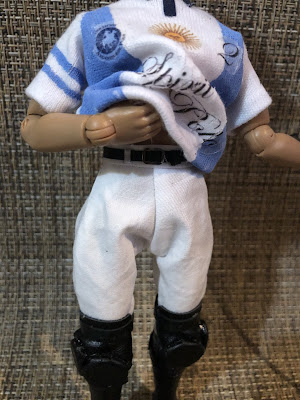 After I finished the doll I sent him to Jennifer Buxton so she could make sure the stirrups fit his feet. So even though it was Erin that ordered him, Jennifer was the first to get to play with him. We had a group chat going since several of us were working together on this project. I saw one photo that Jennifer took, and knowing Jennifer, there are probably at least a few more.
The saddle pad and lollipop pad were made by Maire Lanzafane. And even though I didn't say it straight out, I imagine you figured out the tack was made by Jennifer Buxton. I am actually not sure who made the boots (I'm sure Erin knows). The horse was Mel Miller's NaMoPaiMo horse this year. I believe Erin brainstormed this setup after buying the horse. Mel painted the tail wraps to match the intended setup.
This was definitely an interesting group project. Even though everyone worked on their part of it separately we did have a lot of discussion and sharing of pieces in our chat group. It also made waiting for the big reveal a bit easier. That is definitely a tough part of being a model horse artist of any kind. Sometimes you just can't talk about what you are doing until the big reveal. This setup was definitely worth the wait!

All of Jennifer's photos got disappeared. What you have, is what there is. :(