I have been at least somewhat interested in painting for a lot of years. Not enough to paint all the time, or even often, but I would paint sometimes. NaMoPaiMo got me started on painting a bit more, though I still pretty much paint during NaMoPaiMo and then a bit at other times, but not as often as I should. One of the first micros I painted was this jumping mule. I believe he was my "I did this too" my first year I participated in NaMoPaiMo. He fell during a shelf accident so he has a bit of a bent leg. But he's still cute. 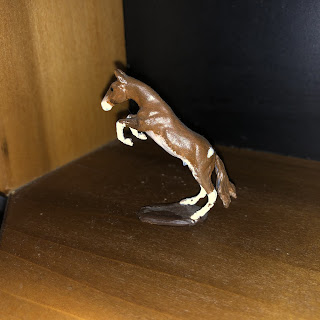 Micro Kaladin was one I painted shortly after one of the NaMoPaiMos. 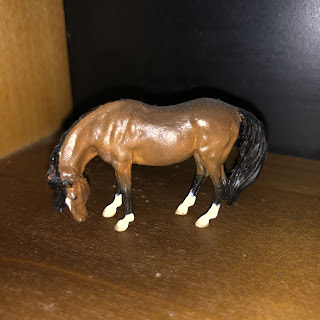 Maple Stirrup was one that I did in Earth pigments. I don't totally love how he came out. But he's nice. 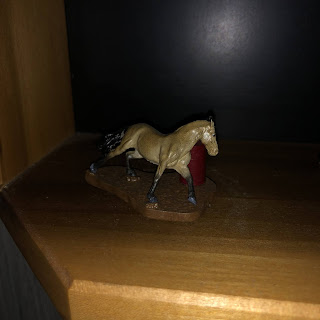 I don't remember when I painted Jewel, or what she was finished in, but I like her too. 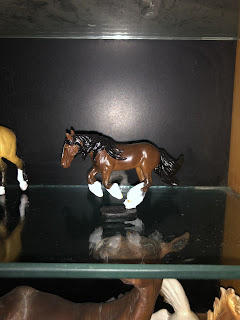 Harmony was one that I finished this year, in pan pastels. Well, one of my dolls painted her, lol. For minis painted minis. Clearly though, I had to do the work. I really like how she came out. 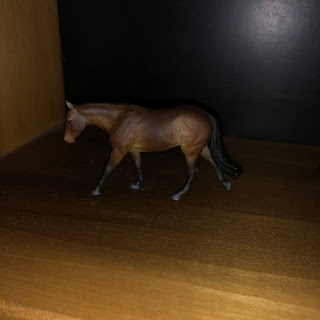 Micro Duke was the first horse I did in dappled gray and he was done in eyeshadow. He was sort of a test for a gray horse in eyeshadow. I think he looks pretty good, not quite as good on super close inspection, but I like how he looks. 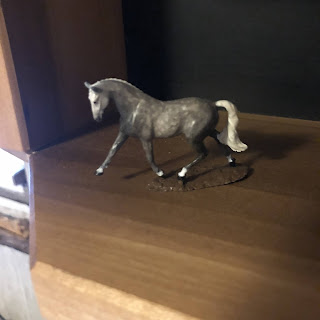 Madhuve was also done for minis painting minis this year. I still need to paint her base, but I really like how this one came out. 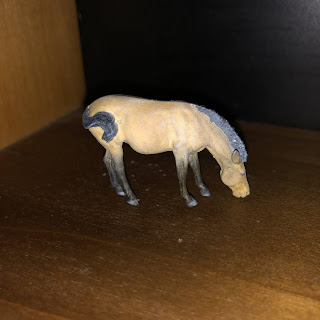 This is my NaMoPaiMo horse from my second year. He is a Hugh micro and I named him Hugh Can Do It. He was the first horse I finished that I was amazed that I had done the finish work. Hugh is one of the reasons that I love and appreciate NaMoPaiMo so much. It inspires me and pushes me to do better. 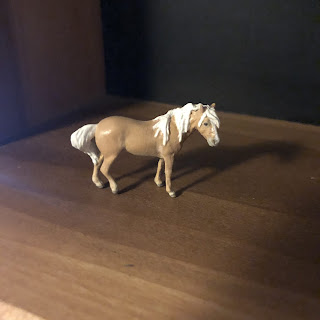 I Don't remember when I painted this Kelly Sealey draft horse. I think I did it at the same time as Kaladin. Though I like how Kaladin came out just a bit better. 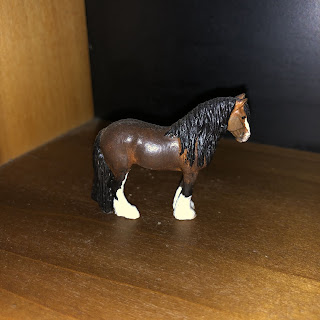 Bangles was a minis painting minis piece from last year. Little Elecktra painted her. (so, I did, lol). 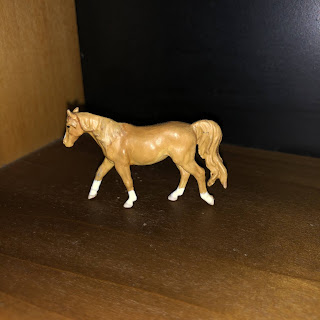 I also have my micro Hazel that Tiffany Purdy painted and a whole slew of unpainted micros. I thinned the herd a bit recently, but I still have probably 20 or more unpainted micros. I really should get to painting. Or see if anyone wants to paint some in trade. That could  be fun.

Congratulations! That's a lot of minis. I love how your doll painted one (!). Yes, NMPM has made a huge difference in how I view my painting skills too.