Shortly After I received my awesome foldable arena from Emerald Studio in Russia I decided I needed a larger one. So I ordered a new one, 10 inches longer, and then I prepared to wait. The first arena took 119 days to get to me. The second one only took 61 days. I got to the US at the beginning of May. After that I think it got lost in New Jersey for a while. But it did get here. I have the first one stacked on the new one, to show the size difference. 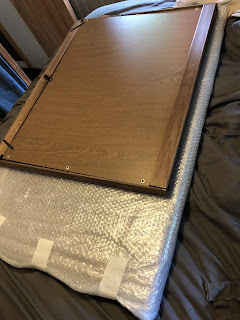 At "just" 10 inches longer, the arena is probably still too small for some setups. But it should be plenty large enough for almost everything. I put in a Lady Phase for scale. 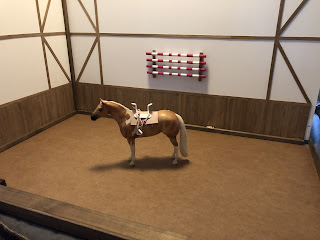 The first arena could be a bit unwieldy to carry at times so I asked Anastasia if she could put a carrying handle on this one. Which of course she did. Her work is amazing. 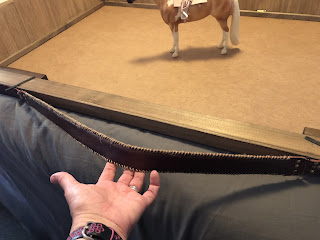 So my new arena is here and I have 6 days until the Breyerfest Open show is open for uploading. I have longer than that to actually DO the uploading, so I have some time to get some more photos. I need to find some time to get that done.